Let's start with the good.

We bought a house!! 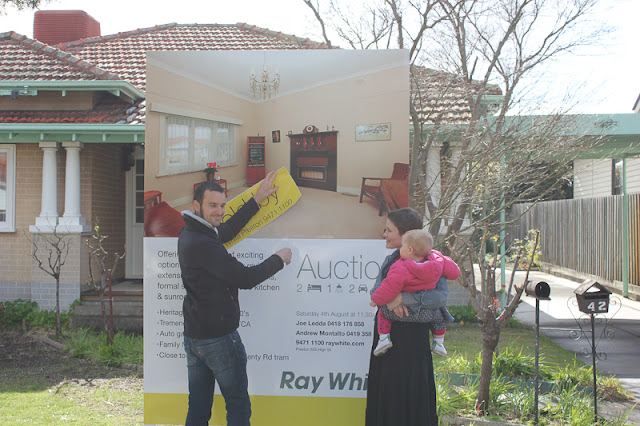 We looked for a total of 5 weeks - once I saw this one though, I was gone. I nearly jumped off my seat when I saw it advertised. The morning of the auction I was so close to vomiting. At the auction I could barely stand still and felt like vomiting the whole time. Michael did the bidding - thank god, there is no way I would have done it in a restrained fashion. I would have jumped in with our maximum from the word go.

So we have now bought our very first house. We settle on the 14th September, but we are going to put a front fence up, polish the floors and paint the front 3 rooms. So we'll probably move in the last week in september. Verrrry exciting.

And now onto the bad news.

Tomorrow I am having surgery. I've had chronic sinusitis since February, and am pretty much sick 24/7. I've been seeing an Ears, Nose and Throat Surgeon, and at my appointment last wednesday he told me to make an appointment for surgery. I had the surgery in 2008, and it was the worst pain I've ever been in. I am quite upset that I have to have it again.

One of the worst parts is that I won't get to do my Tailored Blazer course. I have to have two weeks off work. I will be better for the Melbourne Sewers' Meet-Up though! Something for me to look forward to. It is probably more accurate to call it the Aussie Sewers' Meet-Up though - we have sewers from Victoria, NSW and Tasmania coming!! Awesome!!
Posted by Rachel at 11:06 PM

Rachel
I live in Brisbane, Australia and love to sew in my spare time. I love great fabric, baking, exercising, and spending time with my little family.